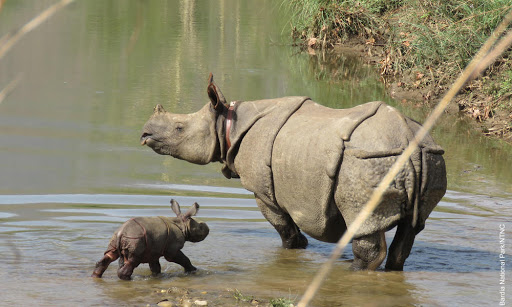 The rhino census which was suspended due to the coronavirus crisis last year is scheduled from March 22 this year.

Four parks in the country have the presence of rhinos. The census is taking place simultaneously in Chitwan and Parsa while it will be conducted at different times in Bardiya and Shuklaphanta national parks.

The Department of National Parks and Wildlife Conversation has decided to launch the census from the Pratapur of Parsa National Park which has been kept under the Chitwan Block. According to the Department Information officer and environmentalist Hari Bhadra Acharya, the census will take place simultaneously in Chitwan National Park and Parsa.

In Bardiya National park, it will begin from March 30 and in Shuklaphanta National Park, it will kick off from April 1. Last year it was halted in the eleventh hour due to the COVID-19 crisis.

“We target to complete the census by April 11 and unveil the results by the third week of April,’’ Acharya said. Before the census, enumerators, mahouts, and employees will be trained.

Over 200 employees will be mobilized for the census and among them, 150 will be for the Chitwan Block which comprises the Chitwan and Parsa National Parks. Forty elephants will be there to assist the census procedures while

The government had last year allocated Rs 121 million to conduct the census and seven to eight elephants are enough for Bardiya and Shuklaphanta. Some portion of the budget was spent to buy some materials and this year the government had released Rs eight million and Rs 2.5 million will be assisted by donors, it is said.