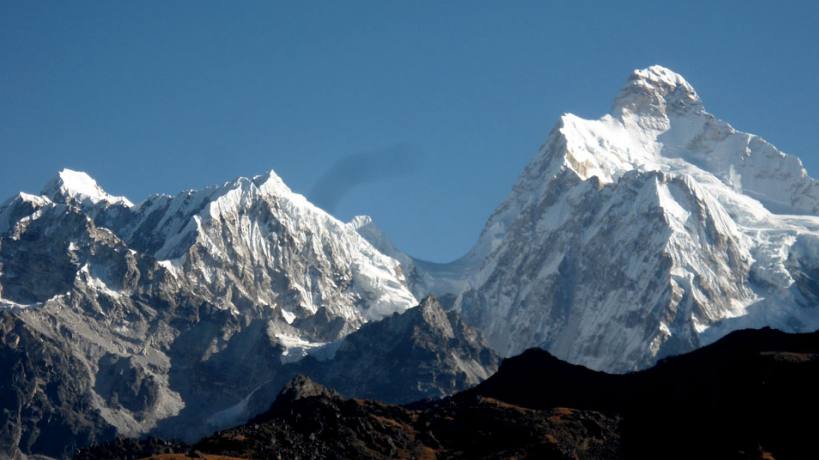 Kanchenjunga is the third highest mountain in the world. It rises with an elevation of 8,586 m in a section of the Himalayas called Kanchenjunga Himal delimited in the west by the Tamur River, in the north by the Lhonak Chu and Jongsang La, and in the east by the Teesta River. It marks the eastern border of Nepal with the Indian state, Sikkim.

The word Kanchenjunga comes from old Tibetan and translates to “Five treasures of snow.” Local inhabitants have worshiped these holy mountains for as long as their stories go back in time. The five treasures are Gold, Silver, Precious Stones, Grain, and Holy Scriptures, referring to the five individual peaks of the Kangchenga Himal range. 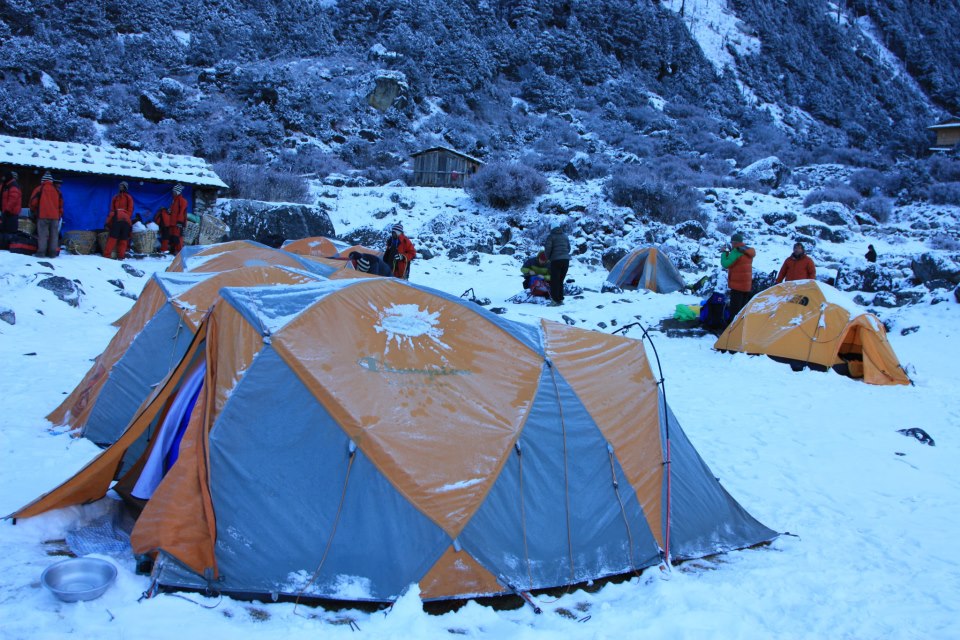 Until 1852, Kangchenjunga was assumed to be the highest mountain in the world, but calculations based on various readings and measurements made by the Great Trigonometrical Survey of India in 1849 came to the conclusion that Mount Everest, known as Peak XV at the time, was the highest. Allowing for further verification of all calculations, it was officially announced in 1856 that Kangchenjunga is the third highest mountain in the world. Kangchenjunga was first climbed on 25 May 1955 by Joe Brown and George Band. They were part of a British expedition.

Kanchenjunga is for the true adventurer within you. The east of Nepal is more developed than the west, but the remoteness of this terrain, its rugged trails, scattered human habitation, and monsoonal downpours make for a perfectly challenging beginning to the Great Himalaya Trail. Wending slowly up through Ghunsa for views of Kanchenjunga’s massive north face, you will reach base camp at Pangpema, then push on to Jhinsing La, the starting point of the Great Himalaya Trail. 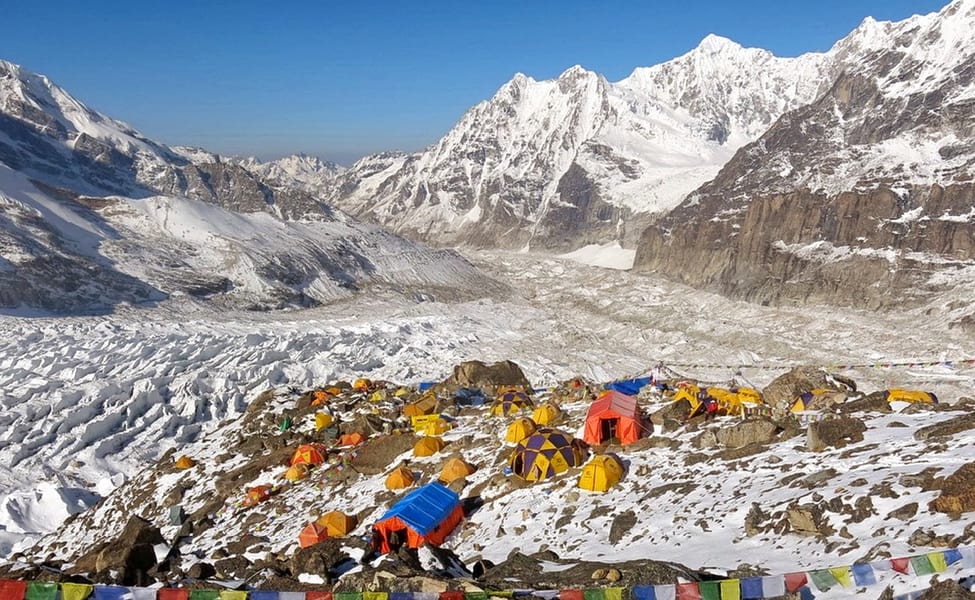 The location of Mt. Kanchenjunga has regularly caused confusion among visitors, and we often get to hear people questioning whether its located in Nepal or India?

Actually, Mt. Kanchenjunga is located inside the territories of both Nepal and India. But the extension of the protected reserve also shares a small portion with Bhutan. The center, main, and the North peaks are located in Nepal within the district of Taplejung inside the Kanchenjunga Conservation Area, while the North peak lies within the Indian state of Sikkim. See the map:

The Kanchenjunga Conservation Area is famous for being one of the most crucial ecological sites near the Himalayas with hundreds of unique flora and fauna. The regions around the vicinity of the peak are filled with snow all year round. The Kanchenjunga National Park is a habitat of more than 1,500 species of reptiles, mammals, amphibians, birds, and insects.

The Kanchenjunga Conservation Area (KCA) lies within the Sacred Himalayan Landscape and is a key link in the chain of transboundary protected areas in the vast landscape, maintaining contiguity between Quomoloangma Nature Reserve in China and Kanchendzonga Biosphere Reserve in India. The KCA harbors important biological diversity from two Global 200 ecoregions of Eastern Himalaya— Eastern Himalayan Broadleaf and Conifer Forests and the Eastern Himalayan Alpine Meadows—and was declared “A Gift to the Earth” by the people of Nepal to the global community in April 1997.

Some Facts of Kanchenjunga 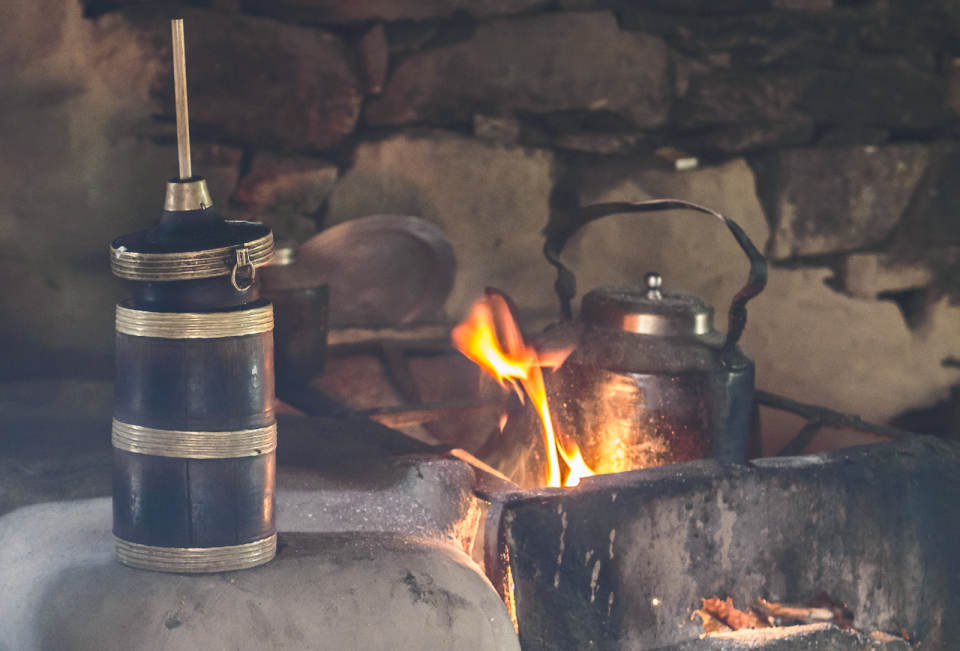 The trail goes northwards to Ghumsa where it climbs to the Kanchenjunga Base Camp (5143 m) going through a spectacular high alpine landscape. It then goes east via 2 passes and continues to the Yalung Base Camp (4500 m), after which it goes back south to Taplejung, the starting and ending point of the trek.

The trek goes through the Kanchenjunga Conservation Area, managed by local communities in partnership with WWF, which is one of the least densely populated areas in Nepal. Pristine forests, alpine meadows and high-altitude wetlands are home to the endangered snow leopard and red panda, the vulnerable Himalayan black bear, clouded leopard, and the Assamese macaque.