Tengboche Monastery is one of the most famous monasteries of Nepal, probably because of its unrivalled backdrop of Mount Ama Dablam. The monastery is the leading Buddhist centre in the Khumbu with a residing Rinpoche who blesses pilgrims, mountaineers and travelers to the area.

Every October, Tengboche Monastery hosts the colorful Mani Rimdu festival, which is a culmination of Buddhist celebrations with a religious gathering, songs, ritual dances and enactments of legends. Visitors are always welcomed to participate in the festivities and many trekkers time their trek to coincide with the festival. Tours of the monastery are conducted every afternoon. Tengboche lies on the very popular trek route to the Everest region.

Atop a hill across Imja Khola, Tengboche is the most common night halt after Namche. The monastery is perched on a high ridge across the canyon from Khunde. This Buddhist monastery was burnt down in 1989 and rebuilt replacing the old building with a more solid structure.

Pines, azaleas and colourful mountain rhododendrons surround the attractive gompa (monastery), with a stunning panoramic view of Everest, Lhotse and Ama Dablam. Tengboche has many rest houses and a large number of lodges as well as spacious camping sites.

From Tengboche you can continue on to Pheriche, Kala Pattar and the hamlet of Gorakshep. From here, the Everest Base Camp is easily accessible, as is the summit of Kala Pattar (5,545 m), from where one gets outstanding views of Mt. Everest. However, you must take time to acclimatize and avoid rapid gain in altitude to avoid altitude sickness. 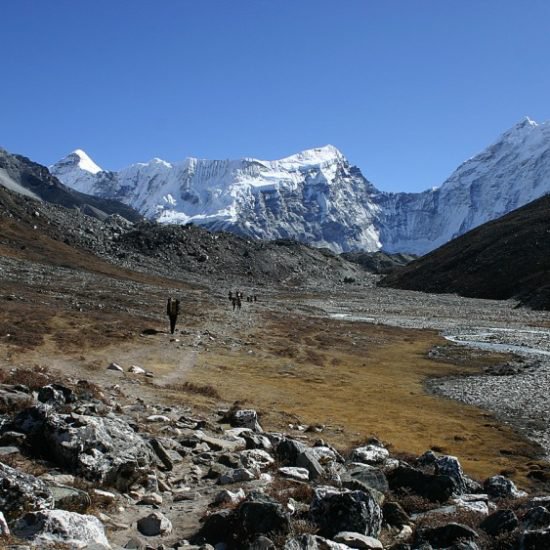