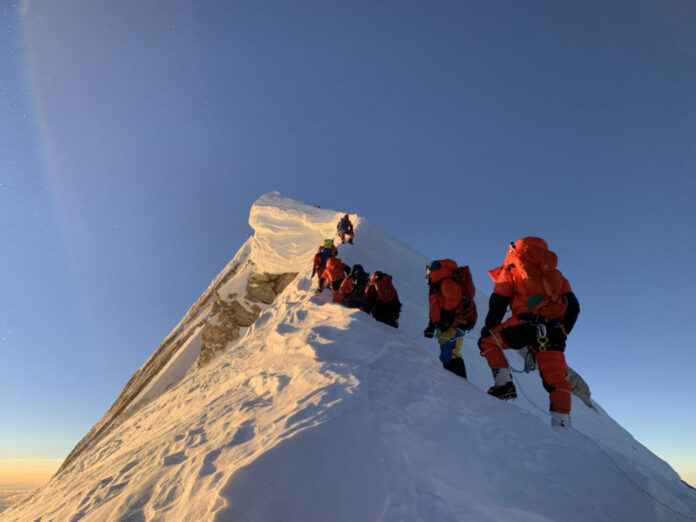 The Department of Tourism (DoT) has granted permission to a total of five teams for mountaineering permits. This is the record till Sunday where two reams belonging 24 members have already climbed the mountain.

A team of Royal Force including the Prince of Bahrain has already returned home after the successful climbing of the mountain. The team had climbed the mountain of Manaslu with (8163m) high. At the same time, a Nepali team of six has climbed Varutse Himal. In this season, another team including the Prince of Qatar having 6 members who have come to climb Amadblum (6814m). As per the information given by the department, 2 more new groups have also taken permission to climb Gyaljen Peak (6151 m) and Himlung Himal (7126m).

As per the information, 3 Nepalese will climb Glagen Peak while a 5 member’s team of foreigners will climb Himlung Himal. Furthermore, the charge of climbing during autumn is 50 percent lower than in spring. A total of Rs 2.36 million has been raised from the five climbing permits issued so far. It is just ‘something better than noting’ as per the situation created by Covid-19.