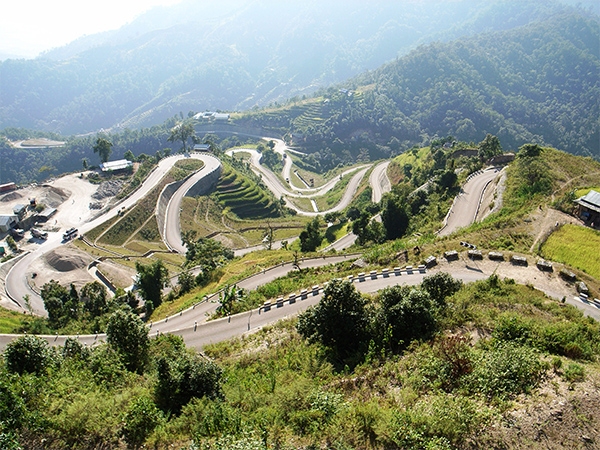 Sindhuli District, a part of Bagmati Province, is one of the seventy-Seven districts of Nepal, a landlocked country of South Asia. The district, with Sindhulimadhi Kamalamai as its district headquarters and covers an area of 2,491 km². In 2001, it had a population of 279,821, in 2011 the population was 296,192. Sindhuli a small valley lies between Mahabharat and Churiya ranges. It is located at a distance of 250 kilometers from
Kathmandu. Sindhuligadhi has grown fast at the cost of the older Sindhuligadhi town.

Most part of this district lies in a hilly belt at the varying altitude (305m to 2787m).
Sindhuligadhi is the district headquarters of Sindhuli district. It is located at a distance of 250 kilometers from Kathmandu. Sindhuligadhi has grown fast at the cost of the older Sindhuligadhi town. The geographical location of Sindhuli lies between 85’30”-86’37” longitude and 27’25” 2728″ latitude. In its east lies Udayapur district, west Makawanpur district, south Sarlahi, Mahottari and Dhanusa districts and north Kavrepalanchok, Ramechap and Okaldhunga districts. 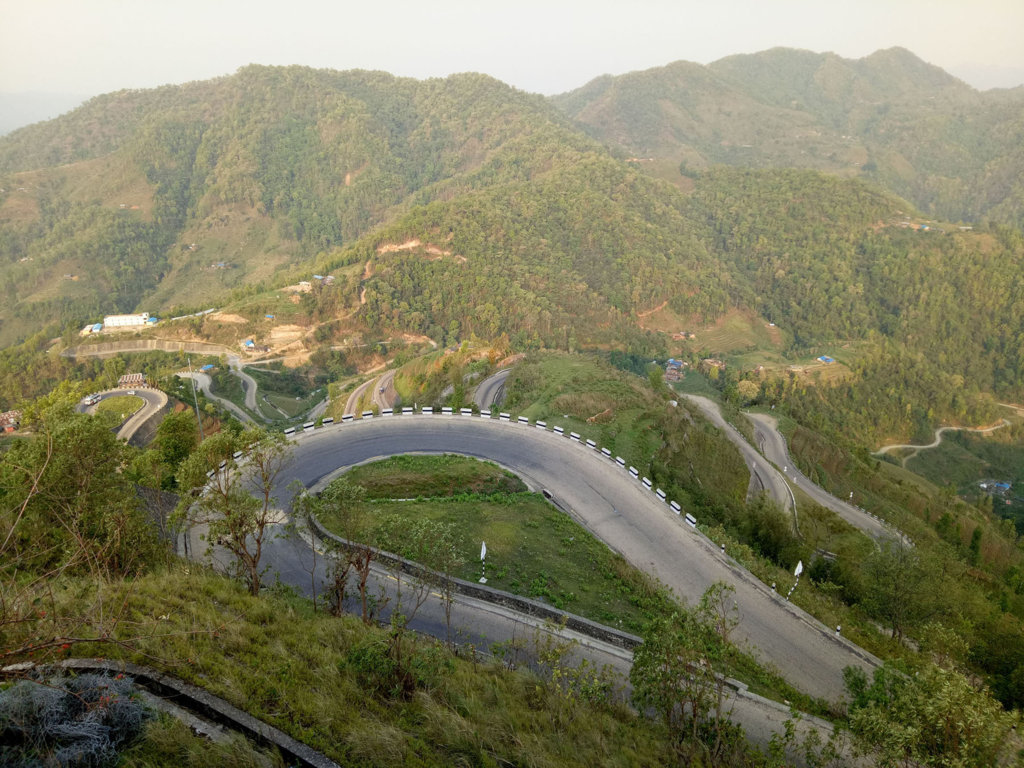 There are many Religious, historical and tourism spots in Sindhuli District. In this article, we have tried to provide as much information as we can.

Tripureshwor Shiva Temple is Situated in Kamalamai Municipality-6, Shivanagar near the Banepa-Sindhuli road section. Locals Organize special fair on the occasion of Shivaratri and Teej Festival. It was constructed in 1999 A.D. The municipality has done its best to develop this area as an attractive picnic spot.

Kalikamai temple lies in Kamalamal municipality-4, Madhutar. Goddess Kalika is considered a symbol of power. In front of the temple,  at its eastern side flows Gomati river, a river has its great religious value. At its western side, visitors can see the settlements of Madhutaar village and a beautiful vista of green mountains. The confluence of Laudaha and the Gaumati river can be viewed at its northern side. During the Rana rule, the then Royal Nepal Army used to worship goddess Kalika especially on the occasion of the Dashain festival. This place was covered with dense forests in the past.

It is estimated that the temple was constructed before 1791 A.D. and was constructed on the base of the sal (Shorea robusta) tree with brick walls and a tinned roof. Later, It was reconstructed in 1999 A .D. However, the constructor of this temple is still unknown.
Grand worship and a fair Are organized on the occasion of Maghe Sankranti when he-goats. pigeons, chickens are sacrificed to Goddess Kalika.

Kamalamai temple is situated in Kamalamai municipality-4 at the confluence of Kamalamai and Gaumati rivers. It lies 8 km south of district headquarters of Sindhulimadi, and to the west of Banepa-Sindhuli-Bardibaas road section: The exact location of Kamalamai is 6 km from Kamalamai municipality, in the middle of the jungle of remote mountains. Due to fear of wild animals, this temple was transferred to an island like landmass at the confluence of Kamalamai and Gaumati river with the view of providing better facilities to its pilgrims.

Based on the inscriptions printed on the jewelry and other things offered to goddess Kamalamai, it can be estimated that the temple was constructed before 791 A.D.

A grand fair is organized here on the occasion of Maghe Sankranti when different animals and birds are sacrificed. The auspicious ceremonies such as weddings and Bratabandha are also conducted at this temple.

Siddhababa temple is situated in Kamalamai municipality- 9, Chyaukot. It lies 5 km away from Sindhulimadi at an altitude of 1200 meters. On the basis of the inscriptions printed on the bells of the temple, it is estimated that the temple was constructed by the then Makawanpur’s Sen Kings before 1765 A.D. According to locals, a palace, a fort, a well and rooms for peep watching their enemies were constructed at this place.

Bhadrakali temple lies at Dhungrebhanjyang, 18 km away from Sindhullmadl at t h e altitude of 1800 meters. On the western side of the temple, lies a beautiful Dhungrebaas village and on Its east lies Banepa-Slndhull highway from where visitors can see the Mahabharat range.
A special worship ls conducted here on the occasion of Phulpati of Dashain in which animal and bird sacrifices are offered to goddess Bhadrakali.

Sindhuligadhi is one of the most important historic places in the district. When the army of East India Company entered Sindhuligadhl to capture Nepal state in Nov 1824 A .D., the then King Prithvi Narayan Shah had used this place for the counter-attack. The sloppy land was full of stingy nettle and wasp hives which obstructed the enemies. Then company armies concluded that Nepalese plants and animals were also fighters and they could not defeat the Gorkhali army. At last, they escaped from there. These days, Magars have been settling around Slndhuligadhi.

The remains of the Grokhali army and their security forts can still be seen here. However, they all need conservation.

Thulo Sinduligadhi lies 20 kilometers north of Sindhulimadi at an altitude of 1400 meters. Tamakoshi river borders its northern side from where the beautiful view of Gaurishankar mountain can be seen. Thulo Sindhuligadhi is an appropriate place to watch beautiful scenes of Gaurishankar Himal, Chures, Sunkoshi, Marin Khola and Bagmati river. 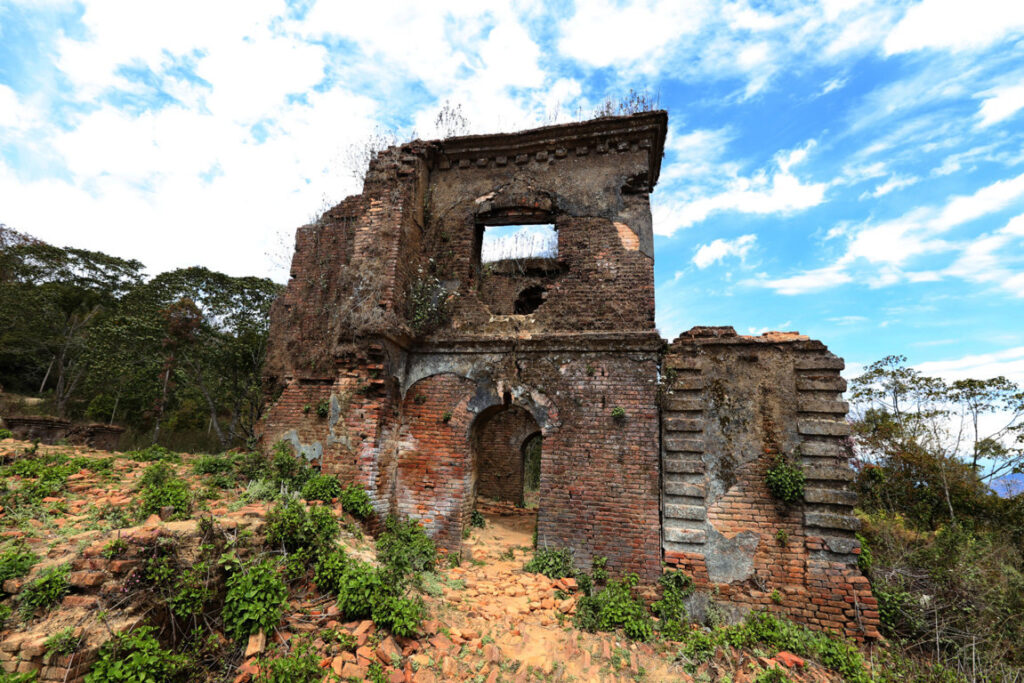 Prime Minister Chandra Shamsher Rana took initiatives to construct this ancient palace in 1925 A.D. The palace was constructed with the aim to provide a shelter for the then Sindhuligadhi based Colonel Kritiman Basnet and his army. The two-floored palace has 56 windows and 14 doors with a tin roof and concrete brick walls.

Traveling about 87 km from the bank of Marin Khola (stream), western side of Sindhulimadhi, at the altitude of 1200 meters, one can reach Hariharpur Gadhi. From Hariharpur Gadhi, visitors can have a magnificent view of lush green forest and rivers in the east, Chisapani village and Bagmati river are in the west, the natural beauty of the green forest in the north and Peepalmadhi village at the foothill and the confluence of Bagmati and Marin Khola in the south. 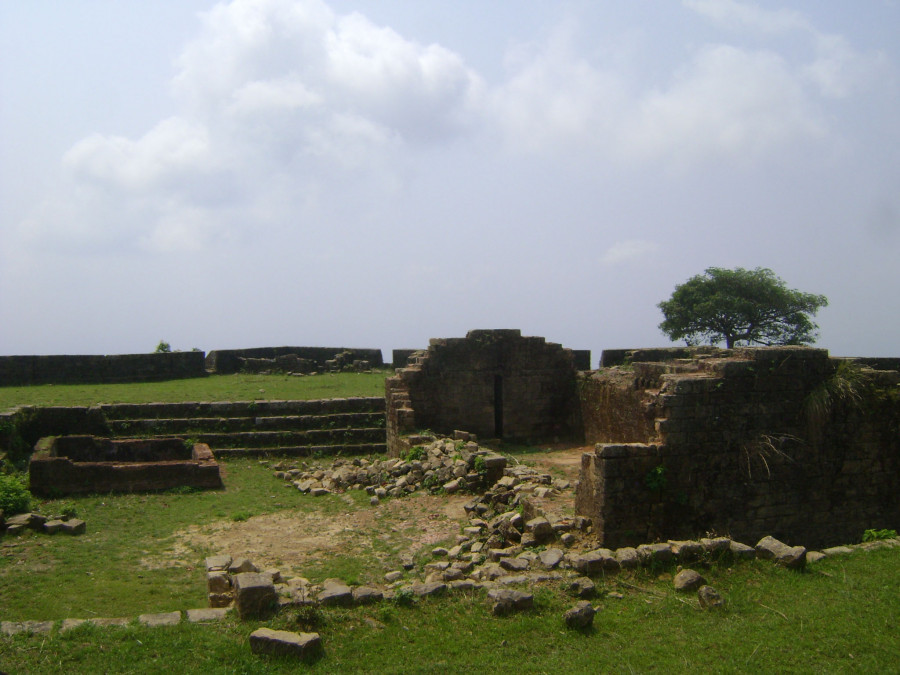 During Malla regime, Gulmi, Arghakhanchi, Palpa and the plain area of Makwanpur, Udaypur and Sunsari were the kingdoms of Sen kings. During that period, Harihar Gadhi was found to be a safer place. For its security, 5 meters wide and 6 meters deep drain gadhi (fort) was constructed around the Gadhi. In the middle of the Gadhi, a palace, a well, 14 duty posts and a Kalika temple have been constructed. The Gadhi is named Hariharpur Gadhi because it was constructed by the king Harihar Sen.

Panchakanya pond lies at Fikkal rural Municipality, about 15 km west from district headquarters, Sindhulimadi. It carries high historical, religious and socio-cultural values. The pond looks attractive with pure water in the middle of the forest. Rudri puja and Satyanarayan puja (worshipping) are conducted at this pond.

The cave was constructed in 1993 A.D. This cave is situated in the jungle of the Dudhauli Municipality of Sindhuli district. Visitors can reach here via Jarayotar. From here one can reach Tilganga after walking 15 kilometers. Tilganga is a transit point of five different streams. Traveling further from Tilganga, visitors can see beautiful scenes of green forest and Himalayas. Thousands of visitors arrive here in August.

Chakmake market Is located 36 km east of the Sindhuli­ Bardibas road section. At the height of about 100 meters, there is a lkshashwor cave. The priests of the cave come from the Sunuwar community. This market was developed In 1995 A.D. There are around three hundred households of shopkeepers. It is also a shopping center for the residents of Dhanusha, Sarlahi, Mahottari, Dhulikhel and Siraha district as well. Chakmake market has easy access because it is connected by a motorable road.

Ikshashwor Mahadev Cave lies in the Tinpatan Village Municipality of the district. The visitors should move towards east from Slndhuli, then walk along the way via Jarayotar- Dhamilokhola- Jirghakhola,-Tilganga and Majhuwa Khola.
The circular eastern doorway of the cave is almost 7 meters high. The inner part of the cave is adorned with naturally formed images of various Hindu gods and goddesses. From its western doorway, a scene of Hadi Khola and green hills can be viewed. Hundred of pilgrims and Hindu devotees arrive here on the occasion of Shivaratri, Teej and other religious festivals.

Once you’ve made your trip around Sindhuli, you won’t have to go too far for a good rest and food. The Bhadrakali Community Homestay in Dhungre Bhanjyang will be welcoming you. The homestay offers good food and residence at an inexpensive rate. The homestay provides local food such as fried maize, gundruk and local chicken curry, among others. The homestay lies a few kilometers from Sindhuli gadhi. There’s a rodhi Ghar, where dance is performed every day, set up to entertain the guests.
You might also like Kaulepani homestay
In this post, we have tried to provide some information. The Post is going long so we have the next post on information about Sindhuli.
Related Article: Religious, Historical and Tourism spots of Sindhuli – Part 2 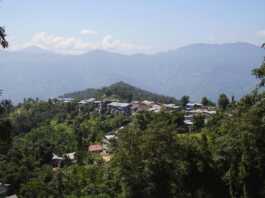 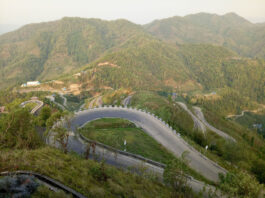 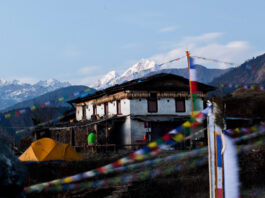