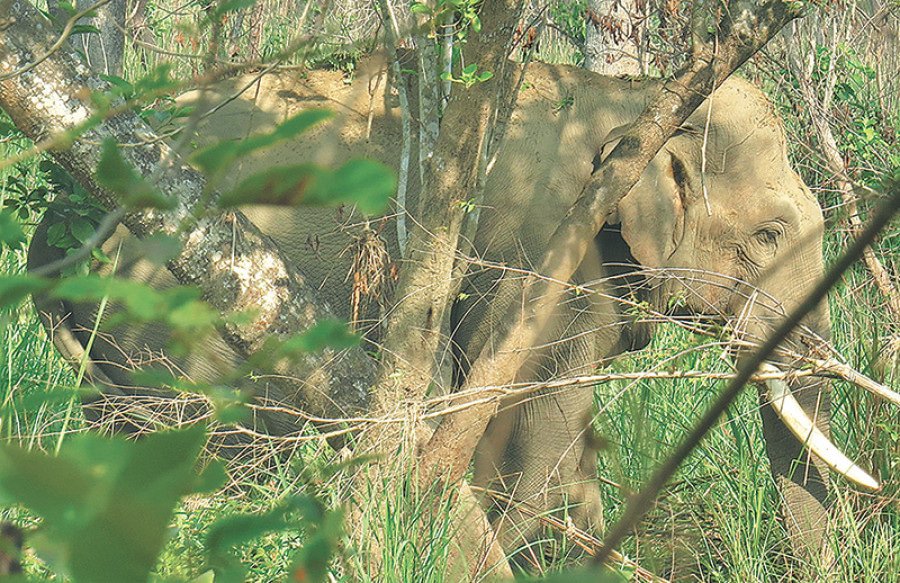 CHITWAN: ‘Dhrube’, a rampaging wild elephant in Chitwan has been fitted with a satellite radio-caller.
A technical team from the Chitwan National Park (CNP) and National Trust of Nature Conservation’s Biodiversity Protection Center, Sauraha succeeded in trimming its tusk and installing the radio-caller on it.
The notorious wild tusker has been residing in the Elephant Breeding Center, Khorsor.
The radio-caller will help track the elephant’s movement and its condition.
The trimming of tusks would stem its arrogance and destructive activities, according to Nature Conservation’s Biodiversity conservation officer Prakash Upreti. 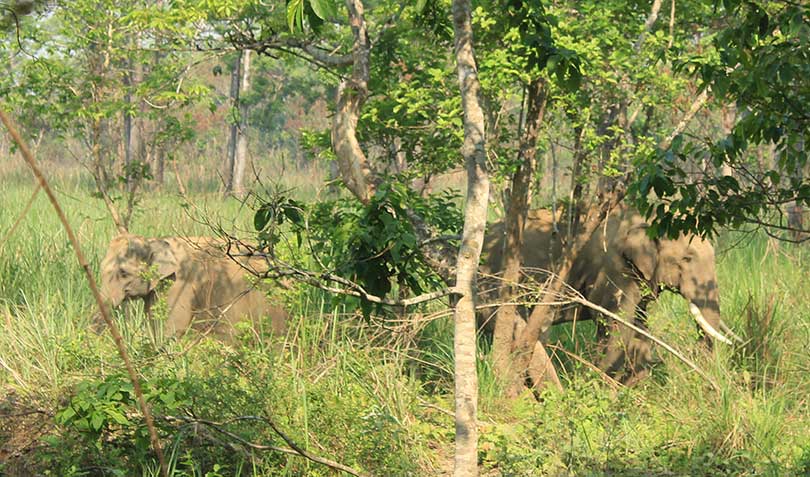 The wild animal had been fitted with radio-caller earlier, too, on 21 November 2012.
But later, its tracing had not been possible since 30 December 2012 and the radio-caller was found at the forest in Nirmalbasti, Parsa on 6 February 2013.
At the moment, voices were raised for shooting the animal to contain violent behaviors.
Till then it had already killed 15 people and damaged over 50 houses. The animal was again seen at the CNP three years back. Its visibility has been frequent these days.
There are around four to five local wild animals at the CNP, but they do not make movements in the group and frequently enter the human settlements and cause damages to human life and property.
So far ‘Dhrube’ and another elephant named ‘Ronaldo’ have been fitted with the satellite radio-caller.
There are around 40-50 wild animals at the national park who make the trans-border movements between Nepal and India. Besides, there are 57 tamed elephants inside the CNP. 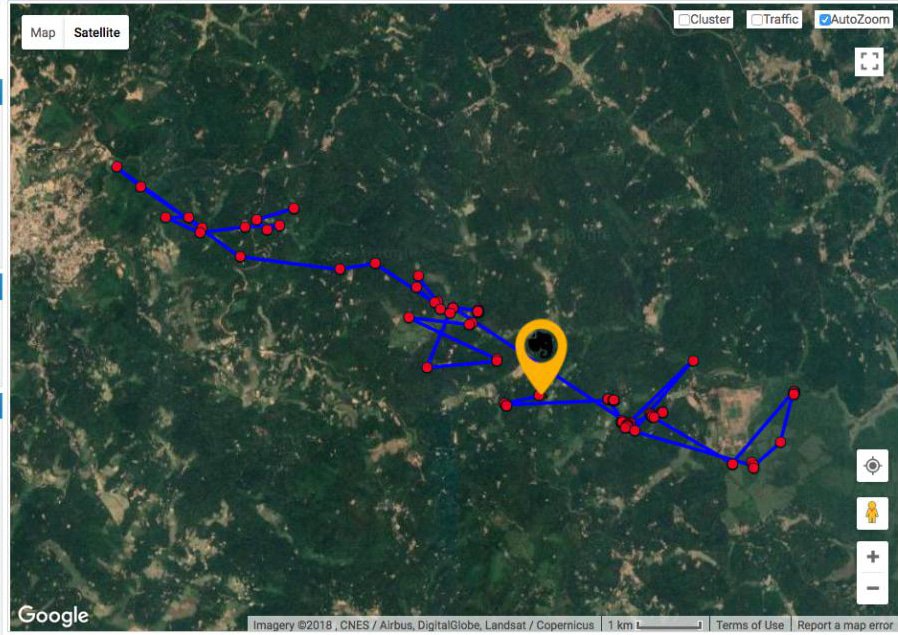 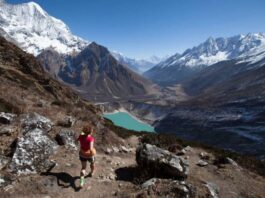 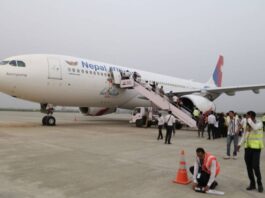 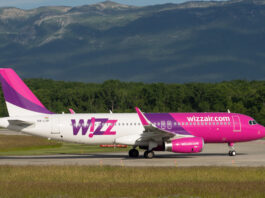