Here in this part, we’ll discuss the Major Tourism Sites of Nepal. Nepal, officially the Federal Democratic Republic of Nepal, is a country in South Asia. It is mainly in the Himalayas, but also includes parts of the Indo-Gangetic Plain. It is the 49th largest country by population and 93rd largest country by area.

Kathmandu, the capital city of Nepal, is one of the world’s oldest cities. The old part of the city, with narrow medieval streets and lovely little shrines, centers on the Durbar Square. One can find distinctive pagoda-roofed temples, stone sculptures, old monasteries, and historic monuments in Durbar Square.

Bhaktapur or also known as Bhadgaon is a museum of medieval art and architecture with many fine examples of sculpture, woodcarving, and colossal pagoda temples consecrated to different gods and goddesses. The city is shaped like a conch shell-one of the emblems of the god Vishnu and was founded by King Ananda Deva in  889 A.D.  Pottery and weaving are its major traditional industries. The city lies fifteen Kilometers to the east of Kathmandu. The city is 1,402 meters above sea level.

5 Things to do in Bhaktapur

The ancient name of Patan is Lalitpur which means a city of beauty. It is indeed a city of beauty and grace and is planned in a circular format with Buddhist stupas at each of the four points of the compass. The city is three Kilometers south-east of Kathmandu across the river Bagmati. Like Kathmandu, its center of attraction is the Durbar Square complex, situated right in the middle of the market place. The city is full of Buddhist monuments and Hindu temples with fine bronze gateways, guardian deities, and wonderful carvings. Noted for its craftsmen and metal workers, it is also known as the city of artists. It is believed that the city has been built during the reign of Vira Dev in  299 A.D.

Pokhara, an enchanting city nestled in the tranquil valley, is the starting point for many of Nepal’s most popular trekking and rafting destinations. The serenity of Phewa Lake and the magnificence of the fish-trail summit of Machachhapuchhre (6,977m) rising behind it create an ambiance of peace and magic. The valley surrounding Pokhara is home to thick forests, gushing rivers, clear lakes, and the world-famous views of the Himalayas. Situated 200 km west of Kathmandu, the city is connected by air and road not only from Kathmandu but from other parts of the country. Pokhara offers magnificent views of Dhaulagiri, Manaslu, Machchhapuchhre, five peaks of Annapurna, and other peaks.

Also Read: Things to do in Pokhara

Lumbini, the birthplace of Siddhartha Gautam. The Shakya prince and the ultimate Buddha, the Enlightened One, is the pilgrimage destination of the world’s millions of people faithful to all schools of Buddhism. UNESCO lists this nativity site, identified by Indian Emperor Ashoka’s commemorative pillar as a World Heritage Site. The main attraction of Lumbini remains the Sacred Garden which spread over 8sq km, possessing all the treasures of the historic area. The Mayadevi temple is the main attraction for pilgrims and archaeologists alike. Here we find a bas relief of Mayadevi, Lord Buddha’s mother giving birth to him. Standing west to the Mayadevi shrine is the oldest monument of Nepal, the Ashoka Pillar. Emperor Ashoka erected the pillar in 249 BC to commemorate his pilgrimage to the sacred site. To the south of the pillar, we find the sacred pond, {Puskarni} where Queen Mayadevi had taken a bath just before giving birth to Lord Buddha. Places of various interests surround the area There are other places of interest too nearby. It is accessible by air from Kathmandu to Bhairawa. From Kathmandu, it takes about eight hours by bus or car.

Chitwan is one of the finest national parks in Asia, renowned for its concentration of wildlife and top class tourist lodges, which provide the opportunity to see animals in their natural habitat. Chitwan which means the ‘heart of the jungle’ is among the last surviving example of the continuous band of forests and grasslands, which once extended from the Indus River in Pakistan to the Burmese border. The main attraction here is the Chitwan National Park, One of the largest forests regions in Asia teeming with wildlife such as the rare great one-horned rhinoceros, several species of dear, sloth bear, leopard, wild boar, freshwater, dolphin, crocodile, more than 350 species of birds and the elusive Bengal tiger. Chitwan National Park is listed on the UNESCO World Heritage Site (natural) list. Visitors to Chitwan may enjoy elephant back excursions, nature walks, canoe trips, and jungle treks. There are several authorized agencies to organize such safaris. Visitors may also take a river raft. First driving from Kathmandu to the river Trishuli or Seti Khola. The five-hour drive to Chitwan (165km overland) from Kathmandu is filled with thrilling views of the hills, rivers, and plains with jungles on either side.

Dhulikhel is a scenic and town situated 30 kilometers east of Kathmandu on the Arniko Rajmarg (Kathmandu Kodari Highway). From here one can have a panoramic view of the Himalayan range. From the main town, a short visit to Namobuddha, with stupa and Buddhist Monastery is a highly recommended site for visit. Panauti, a village noted for its numerous temples with magnificent woodcarving, is a short distance from Dhulikhel.

It is believed that all miseries/sorrows are relieved once you visit this temple (Mukti=Nirvana, Nath=God). The famous temple of Lord Muktinath lies in the district of Mustang and is situated about 18km northeast of Jomsom at an altitude of about 3,749m. The main shrine is a pagoda-shaped temple dedicated to Lord Vishnu. Set into the wall around it is 108 waterspouts from which pour holy water. The temple is situated on a high mountain range and is visited during fair weather. There are two ways to get to Muktinath from Kathmandu. Either take a direct flight from Kathmandu via Pokhara to Jomsom and hike for 7-8 hours via Kagbeni or trek all the way from Pokhara which takes 7-8 days. It is believed that one should visit this temple after competing pilgrimages of four Dhams in India. This temple is held sacred by Hindus as well as Buddhists. The Jwala Mai temple nearby contains a spring and an eternal flame fed by natural gas underground. Jomsom is a major center in the Annapurna region. There is a world-class accommodation facility in Jomsom from where one can enjoy the remarkable natural beauty.

Gorkha is the birthplace of King Prithvi Narayan Shah the great, the founder of modern Nepal. Situated on a hill overlooking the snowy peaks of the Himalaya is a beautiful old palace known as Gorkha Durbar. There are two attractive temples of Gorakhanth and Kali inside the place precinct. Gorkha can be reached in about six hours by road from Kathmandu and four hours from Pokhara. A side trip to Manakamana temple, on the way to Gorkha, is very enjoyable and interesting. The Nepalese believe that MANAKAMANA Goddess fulfills the wishes of all people and that’s one reason why the temple is visited by the tourist and the locals all through the year.

Jungle safari in Banke and Bardiya National park is a unique jungle safari because of tigers inhabitant. Bardiya is the most famous National park to explore the tiger’s activities not only in Nepal but all over the world.

Bardiya National Park situated in the southwestern Terai Region of Nepal in the Bardiya District. It covers approximately 1000 sq. km of area. 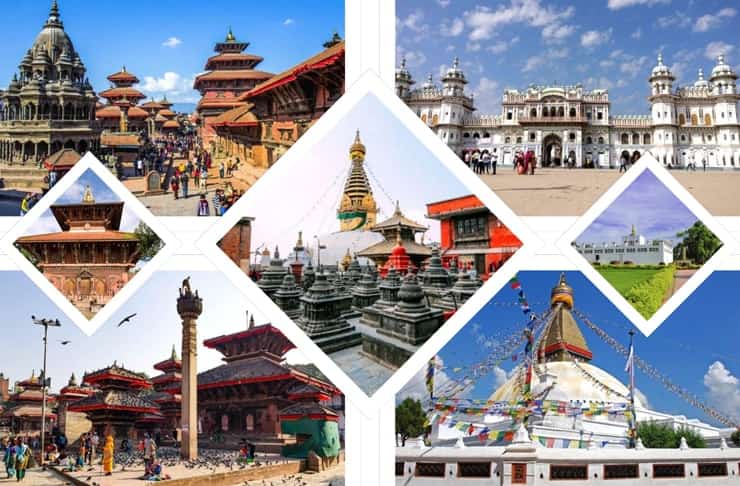 Tourism in Nepal – Wonders of Nepal