Pashupatinath, a UNESCO World Cultural Heritage Site, is among the oldest temples situated in Gaushala, Kathmandu. It is believed that the temple is more than two thousand years old. Pashupati is the incarnation of Lord Shiva, who was one among the eight Rudras and who holds the place of fire. Pashupati has the five faces symbolizing different avatars of Lord Shiva- Sadyojata or Barun facing west, Vamdeva also called Uma Maheswara facing north, Tatpurusha facing east, Aghor facing south and Ishana facing Zenith. The Pashupati area in total has 559, big and small, Shiva shrines and temples. 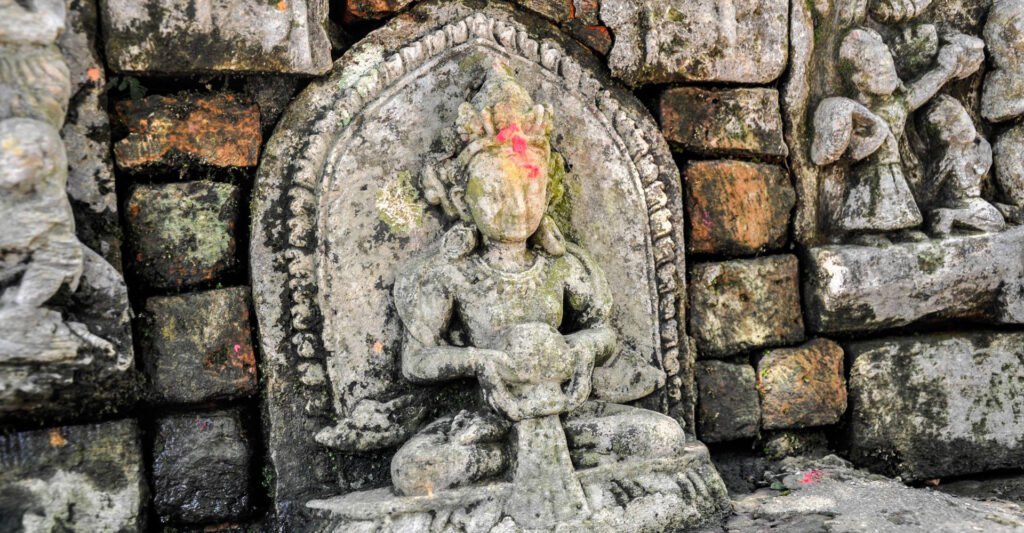 Legend has it that Lord Shiva was roaming the Gokarna forests in the disguise of a deer when the Gods came down looking for him. They recognized him and “captured” him by the horns. In the process, the horn broke into three pieces and the spot where Brahma buried these pieces is where the temple is located. The inscriptions found at Gokarneshwor Temple, which in its current form was built in 1582 AD by a Gopiran Bharo, describes the origins of the spot well before the  Lichhavi period and informs us that the place was of great significance even before them. People visit this temple in memory of their fathers on Gokarna Aunsi, which falls around September.

According to legend, as Lord Shiva was distressfully carrying the body of Sati all around the world, the breast of Sati fell on top of the hill where Santaneshwor Mahadev temple stands. It is located in Jharuwarasi in Lalitpur.  It is believed that the people who do not have children, once they please Lord Shiva visiting by Santaneshwor Mahadev Temple, then their lap would not get barren.

Inaugurated on the 21st of June 2010, Kailashnath Mahadev in Sangha, on the border of Bhaktapur and Kavre districts, is known to be the tallest Shiva idol in Asia. The Shiva statue in Sangha stands 142 feet tall and aside from its pedestal, the Shiva idol itself is said to measure 108 feet high. The number 108 has special significance in Hindu mythology. The Shiva idol can also be seen on the way to Dhulikhel. The premises spread over 400,000 sq feet area and houses a resort, spa, yoga center, health club and meditation center.